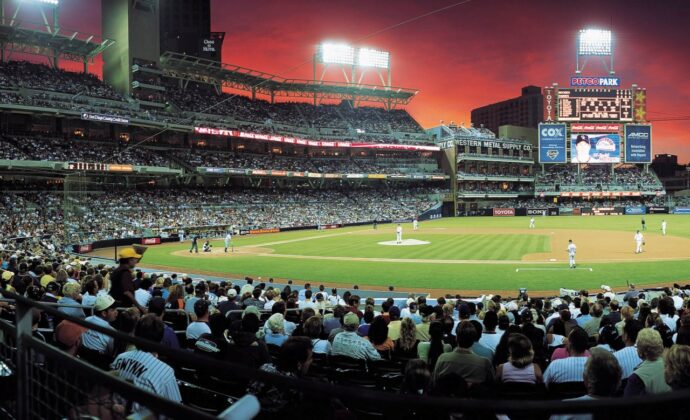 Opened in 2004, Petco Park is home to Major League Baseball’s San Diego Padres and the cornerstone and catalyst of a thriving urban ballpark district. Adding to its civic value, the 42,500-seat ballpark anchors one of the largest redevelopment projects in U.S. history, featuring hotels, offices, retail and residential components, that has transformed a chronically underutilized warehouse district into a vibrant new neighborhood and year-round destination for residents, visitors and businesses. The $294 million ballpark, owned 70 percent by the City of San Diego and 30 percent by the Padres, was part of an overall $474 million development, which included land assemblage and infrastructure improvements. Development investment, including both public and private projects within the surrounding 60-block area, is projected to exceed $4 billion in the near term.

Petco Park is a shining example of how a public/private partnership can provide a tremendous win/win outcome. Erik Judson played a key role in the success of the project and was someone that I personally relied upon to keep the project on track.