Collegiate Arena for the University of Oregon Ducks 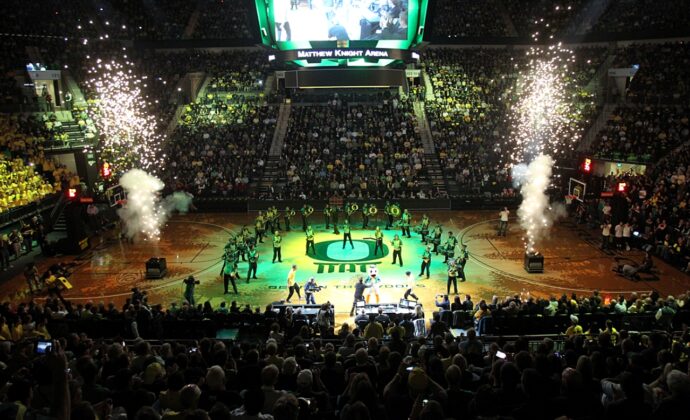 JMI Sports initially provided consulting services to the University’s Athletic Department on key planning elements for a new arena, including the creation of a pricing model to maximize ticket revenues and sponsorships dollars, and was then appointed Development Manager of Matthew Knight Arena, tasked with managing every element of the project on behalf of the University. The initial stages of this $200 million project faced steep political, financing and entitlement challenges; our experience and tireless efforts, most notably in the land use permitting process, proved critical to its ultimate approval and ground breaking. JMI Sports diligently managed the design and construction teams throughout the project. The arena’s design and program were significantly enhanced under the leadership of JMI Sports without a cost impact to the project. We were able to add critical program late in the process by deftly managing the fixed budget throughout every phase of the project. The University ultimately received an iconic building, on time and under budget, that met every one of their programmatic and aesthetic objectives. Due to our diligent oversight of the arena project, the University asked JMI Sports to manage the design and construction of an $18 million, 377-space underground parking structure on the arena site.

Matthew Knight Arena and Ford Alumni Center are spectacular buildings that have transformed the University of Oregon. And the fact that they were completed on time and on budget is truly remarkable and a testament to JMI Sports.