Stadium Feasibility Study for the University of Houston 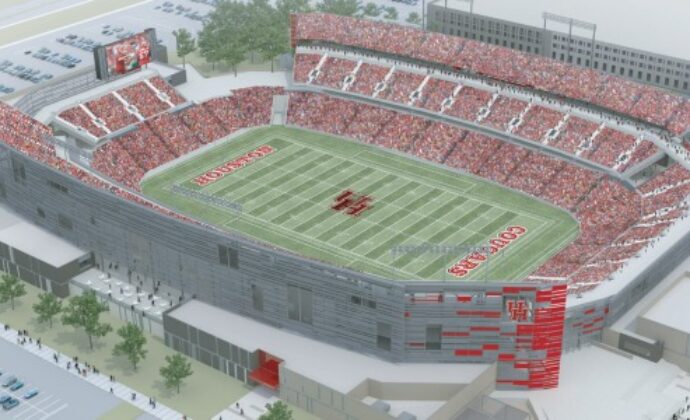 As a school with a proud athletic history but antiquated facilities, the University of Houston is embarking upon a long term planning process to enhance its athletic facilities and improve its athletic operations. With a football stadium and basketball arena that are among the oldest and smallest in their conference and ever-increasing competition to lure lucrative television contracts and top flight talent as schools consolidate their power, it is essential that the University is dynamic and adaptive to the rapidly evolving landscape of collegiate sports. In order to best position themselves in the near term and plan for long term success, the Houston Athletic Department underwent an exhaustive evaluation process to explore the feasibility of renovating or replacing Robertson Stadium and Hofheinz Pavilion, while also examining everyday business practices and revenue opportunities. After receiving overwhelming approval on a student referendum to increase the student service fee in order to help fund a new stadium, the University proceeded with the project in 2012. The first football game at TDECU Stadium was played in August 2014 and televised on ESPNU.

The University of Houston Athletic Department hired JMI Sports to provide consultation in regard to its facility needs and business operations. The scope of services provided by JMI Sports included the creation of a sports venue benchmarking matrix, development of a revenue model and evaluation of alternative financing mechanisms. As part of this analysis, our team evaluated the proposed site options for a new football stadium, created a detailed project program, provided a recommendation on the overall development budget and produced a master project schedule that evaluated all phases of development for two scenarios (a 2013 vs. 2014 completion). In addition, our team produced the RFQ for architecture and engineering services in order to kick off the design phase. One of the more critical services we provided was to create a business model for the new stadium based on various seating options and premium amenities, which resulted in significantly improved revenue projections for the University. Most importantly, our consulting effort provided the University with the information necessary to formulate a long term strategy regarding the financing and implementation of the stadium project. Concurrent with the facility analysis, JMI Sports performed a comprehensive review of the business operations of the Athletic Department including: organization and staffing, Title IX and gender equity status.

In evaluating our stadium and arena options, the University of Houston looked to JMI Sports for guidance. The data and feedback they provided enabled us to make an informed decision on whether to renovate or build new and helped us devise a plan to implement these significant projects.